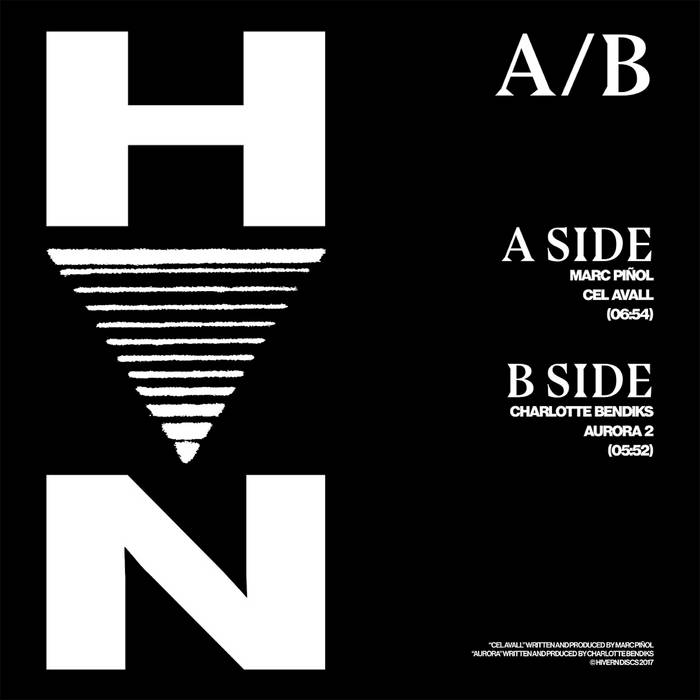 To launch the series, we count with both a well-known Hivern stalwart and a new addition to the label. Side A is dedicated to 'Cel Avall', a track that has been hidden in Marc Piñol's vaults for way too many years. With it's slow pace and direct but hypnotic feel, it sounds as if one of the pioneers of the first wave of Chicago house had spent a night dancing to Danielle Baldelli at the Cosmic club. In the B-side, 'Aurora 2', by Norwegian producer Charlotte Bendiks, also has something of the rawness and minimalism of the first Chicago sound. A perpetually fresh energy that, combined with her nonchalant vocal phrasings, provides the track with her distinctive blend of darkness, sensuality and cheekiness. The track was first released in digital format by Norwegian label Love OD Communications but will now be available for the first time in vinyl.

The visual concept of the series has been developed by London based design studio Dr.Me