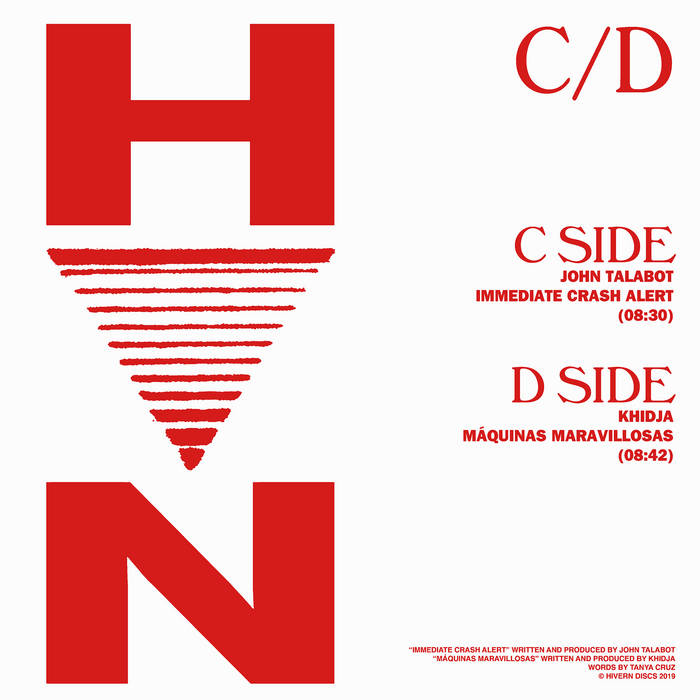 The Hivern split series was born as a platform for those club tracks that don’t need of a broader ecosystem to fully express themselves. But also as a way of generating a sort of unplanned dialogue between artists in the label’s orbit, connecting the dots amid them in spontaneous and almost unconscious ways. The new installment of the series is a good example of the latter. When John Talabot and Khidja made their respective tracks they probably didn’t had each other’s work in mind. But in many ways ‘Immediate Crash Alert’ and ‘Máquinas Maravillosas’ inhabit in the same sonic world. Both tracks have slowish tempos, are built around obsessive motifs and make an outlandish use of delays. But, maybe more significantly, they both share the same kind of vibe. An unsettling and menacing atmosphere, fruit of masterful exercises on tension building, that seems tailored for those early moments in a set when you feel the need to rise the pressure without causing too much of a blast. With all, both tracks are prime examples that’s there’s space for functional tracks away from the most obvious paths. And that’s the ultimate purpose of the series. The Hivern split series is vinyl-only and its visual concept has been developed by London-based design studio DR.ME.