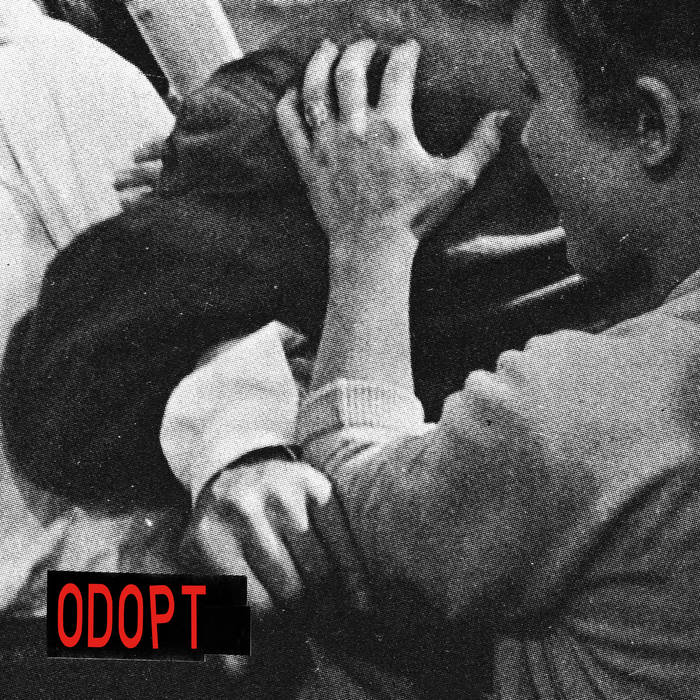 Odopt once defined their music as “peak time bangers with a twist”, and it’s easy to grasp why. Their tracks have the kind of propulsive energy that can send any dancefloor into a frenzy, but the way they build them couldn’t be further of the usual big room schematics. In their universe, the sounds are strange, the samples obscure and the structures unexpected. Risky music made to be felt, not thought. EBM if the E stood for experimental. A big part of this vision was cultivated at the Denis Simachev Bar in Moscow, a “punk and kitschy” spot where Grisha and Ivan spent countless nights playing music, inviting friends to perform and testing all their new productions. The bar was, in their own words, “the heart of a city”. The nucleus of their Moscow. Sadly, it closed its doors last April after 12 years. ‘Sociopath EP’ is a sort of sonic testament of the venue. Its three tracks seek to capture the spirit of a place that served as a huge inspiration for the Odopt sound, and listening to them it’s easy to understand what made it so special, even if one has never been there. Dark and eccentric, but ultimately playful. Weird and obsessive, but in a liberating way. Music that speaks of a space and vice-versa. The memory of the Denis Simachev Bar is safe. But not only in these tracks: also in one of the most unique visions in today’s dance music.